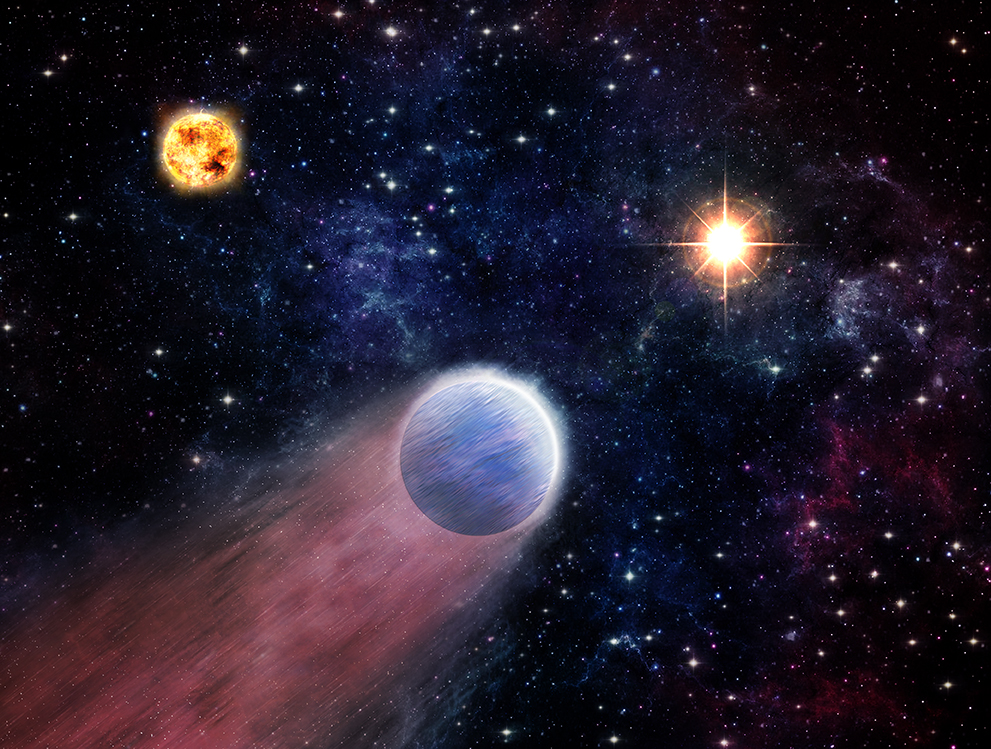 NASA's James Webb Space Telescope was able to capture a striking new image of Neptune, showing the clearest view of the distant planet's rings in over 30 years. Webb's image revealed rings of Neptune that have not been detected since NASA's Voyager 2, the first spacecraft sent to observe Neptune. More than Neptune's bright and narrow rings, fainter dust bands around Neptune were also observed. The planet is pictured to have whitish rings that seemed shimmering and opalescent against the dark sky. Heidi Hammel, a Neptune system expert and interdisciplinary scientist for Webb, said "It has been three decades since we last saw these faint, dusty rings, and this is the first time we've seen them in the infrared. " The Webb space telescope is able to take extremely stable and precise images of heavenly bodies and help further man's understanding of the cosmos. The latest image of the ice giant Neptune showed seven of Neptune's 14 known moons: Galatea, Naiad, Thalassa, Despina, Proteus, Larissa, and Triton. Neptune's largest moon, Triton, is the only large moon in the Solar System with a retrograde orbit. The European Space Agency (ESA) says, "Covered in a frozen sheen of condensed nitrogen, Triton reflects an average of 70 per cent of the sunlight that hits it. It far outshines Neptune because the planet's atmosphere is darkened by methane absorption at Webb's wavelengths." Neptune was first discovered in 1846 and has fascinated astronomers ever since. Neptune orbits the remote regions of the outer solar system as it is found 30 times farther from the Sun than Earth. It has also been found that to Neptune, the Sun is so small and faint that at high noon there is just like dim twilight on Earth. NASA posted the photo on Instagram and captioned it, "@NASAWebb captured the clearest look at Neptune's rings in 30+ years — our first time seeing them in infrared light." The post contains four photographs of Neptune taken from different angles and distances.